PART TWO
September 28th – 29th Grand Teton National Park
We returned to highway 189/191 and headed for Grand Teton National Park.  On the road we passed through the Cliff Creek Burn area that closed the highway for 4-5 days back in July.  The fire was located between Bondurant and Hoback Junction and consumed over 34,000 acres.  Burned trees and vegetation were observed as we headed North. 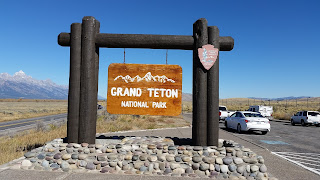 We headed to Gros Ventre campground and picked out a campsite.  I asked for one close to the river and as it turned out after hiking over ½ mile I never got to the river.  I had planned on fishing in the Gros Ventre River both days and that didn’t happen.  We saw a couple of ATC pop-up campers and met a couple with a FWC Hawk that were a couple of campsites away.  Their names were Carlo and Marta and they were from California.  They were Wander the West members, but hadn’t been on the site for some time.  We had a nice visit.  They left the next day.  Day one was another beautiful sunny day, so we decided to head back into Jackson Hole and stop for lunch at the Snake River Brewing Company.  They had great beer and food. 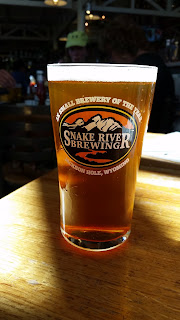 We then headed to Mormon Row where we got some great photos of Grand Teton, including the famous barn photo.  After Mormon Row we headed for the National Park and drove the Jenny Lake loop drive.  The view along the lake was beautiful. 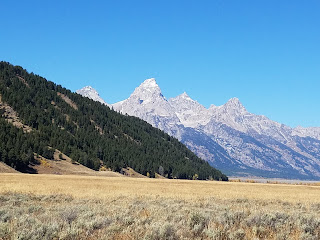 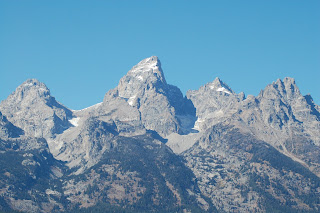 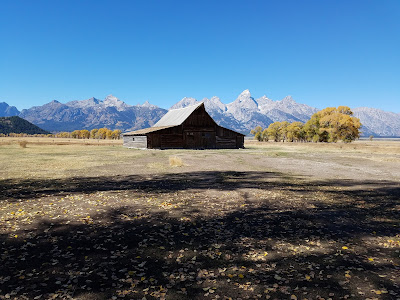 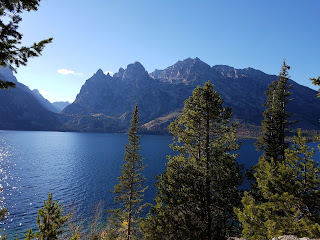 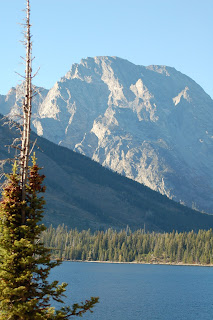 We returned to our campsite and grilled a nice dinner and sat out looking at the stars.

The weather turned and brought rain for day two.  We needed to stock up and stopped at Albertson’s in Jackson Hole.  There was a Starbuck’s so we picked up a Mocha and Pumpkin Spice Late (we are in Heaven) and then found some fresh Rainbow Trout to grill that night.  We decided to visit the National Museum of Wildlife Art.  The displays were wonderful, large bronzes and amazing paintings.  We spent close to 2 hours at the museum. 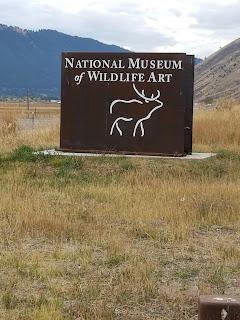 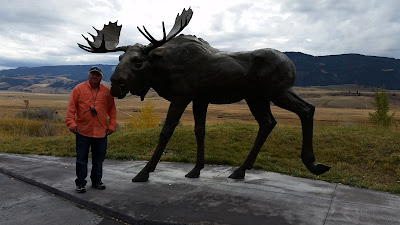 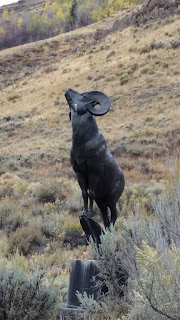 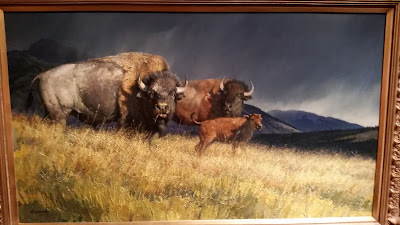 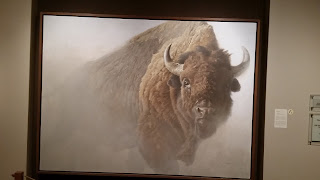 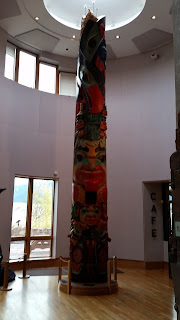 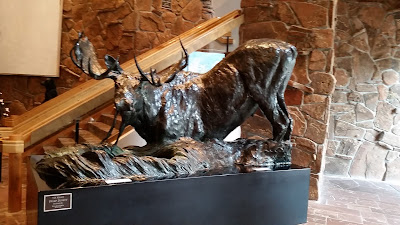 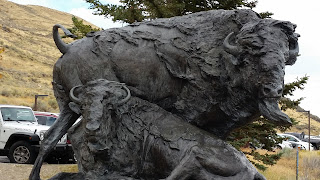 After lunch, we drove up to the Gros Ventre Slide.  On June 23, 1925 the side of the mountain, from an elevation of 9,000 feet, slide down, across the Gros Ventre River and 300 feet up the other side.  Though no one was injured or killed during the slide, the spring brought heavy rains and snow melt that caused the  temporary dam to give way and the ensuing wall of water washed out the town of Kelly and killed 5 people. 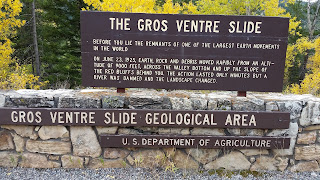 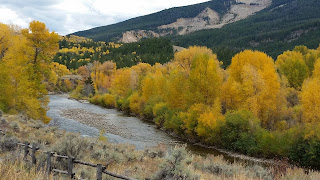 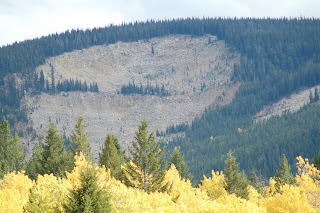 Upon leaving we passed a field full of bison and got some great  photos.  It was apparent that a storm was coming in over the mountains. 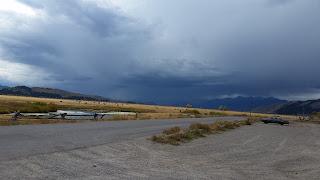 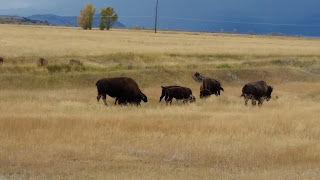 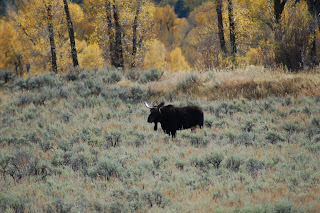 We drove to find a place to fly fish and then the sky lit up with large bolts of lightning and heavy rain.  There went my fly fishing for the second day in a row.  We didn’t even touch the tip of the iceberg on our visit to GTNP.  We will visit again.  Frank, thanks for phone call and suggestions for GTNP.  There are some hikes that we would like to do and the boat trip across Jenny Lake looks like a fun trip and hike. 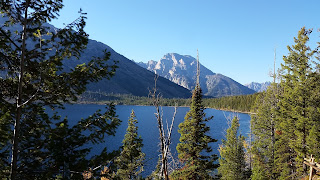 We drove back through GTNP and took the park road north along the lakes.  There was a herd of Elk in a field, with fog cover.  We stopped and took some photos.  Next time we will spend 2-3 days in the park as we only touched the tip of the iceberg. 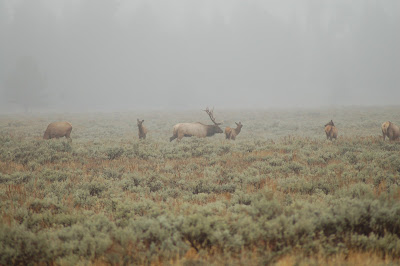 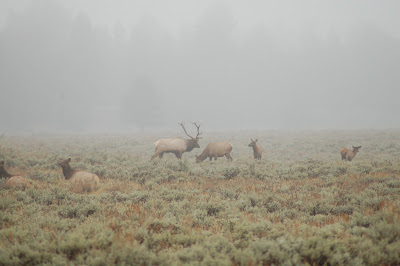