We loaded up the camper on Thursday night, stocked with food on Friday and left after work for the two hour drive south.  The spot we picked had full sun so we could spend the night not hooked up, relying on the solar and 2 batteries. The Monroe Reservoir was just through the trees and several people had boats tied off on shore. 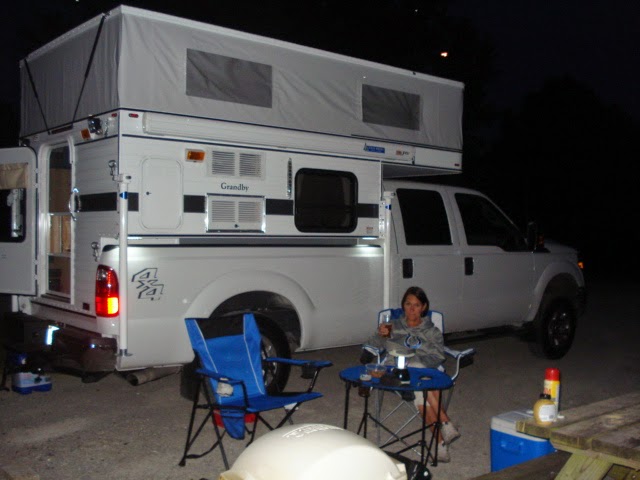 We set up camp and got the grill going, chicken kabobs  and our favorite German Beer, Weihenstephaner from Freising, Germany, the oldest brewery in the world (Alteste Brauerei Der Welt) 1047 AD.  We visited the brewery on our trip to Germany in 2001. 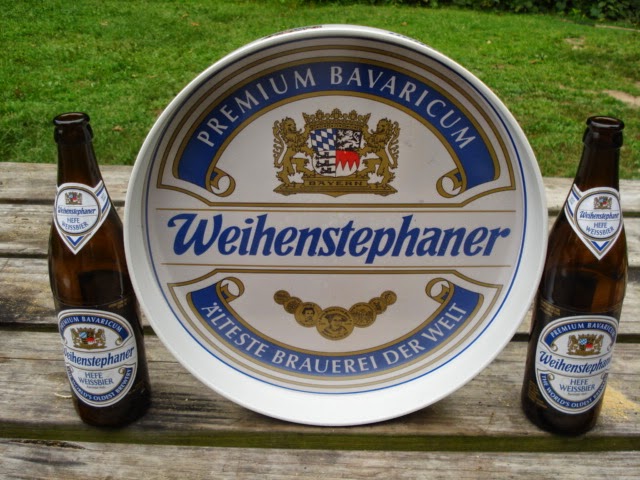 The weather was in the low 70's and sitting out under the stars was very pleasant.  We decided not to bring the portable A/C unit on this trip.  We still had around 75 battery on Saturday, but it was cloudy with rain forecast later in the day.  We connected to shore power.  For breakfast we cooked up bacon and pancakes and a fresh cup of coffee from the coffee press. 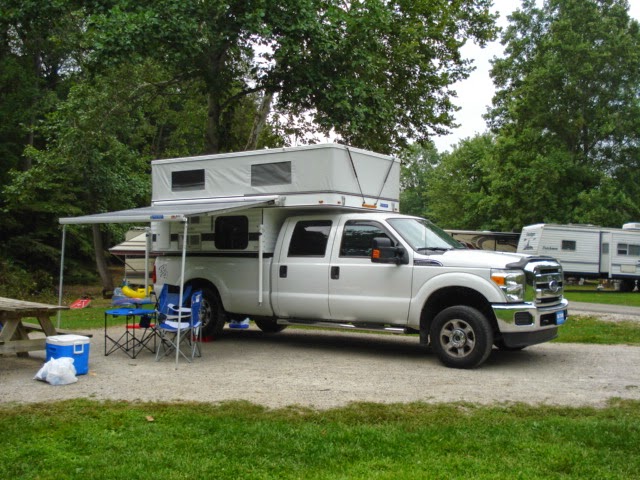 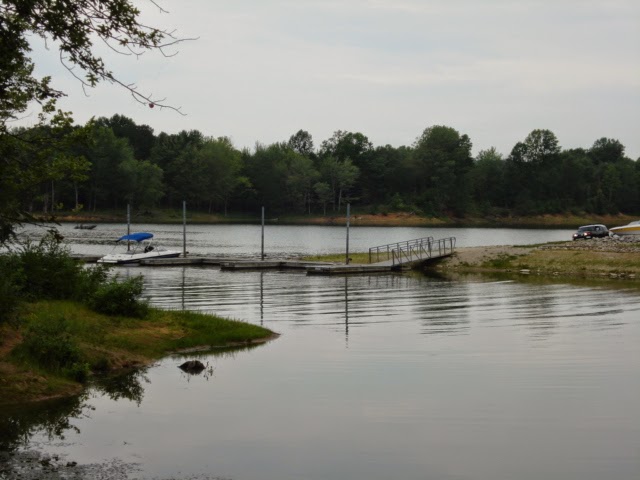 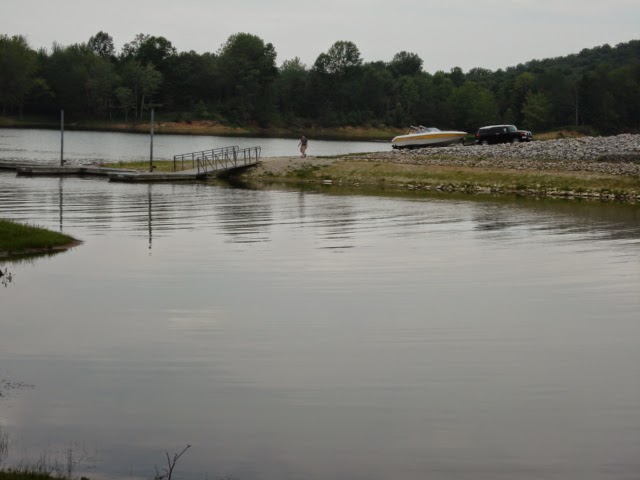 Later in the afternoon we took a walk to the camp store and marina.  Storms were coming in so we decided not to rent a kayak, disappointing, but playing it safe.  During our next trip to Paynetown State Recreation Area we plan on renting a kayak or small pontoon boat. 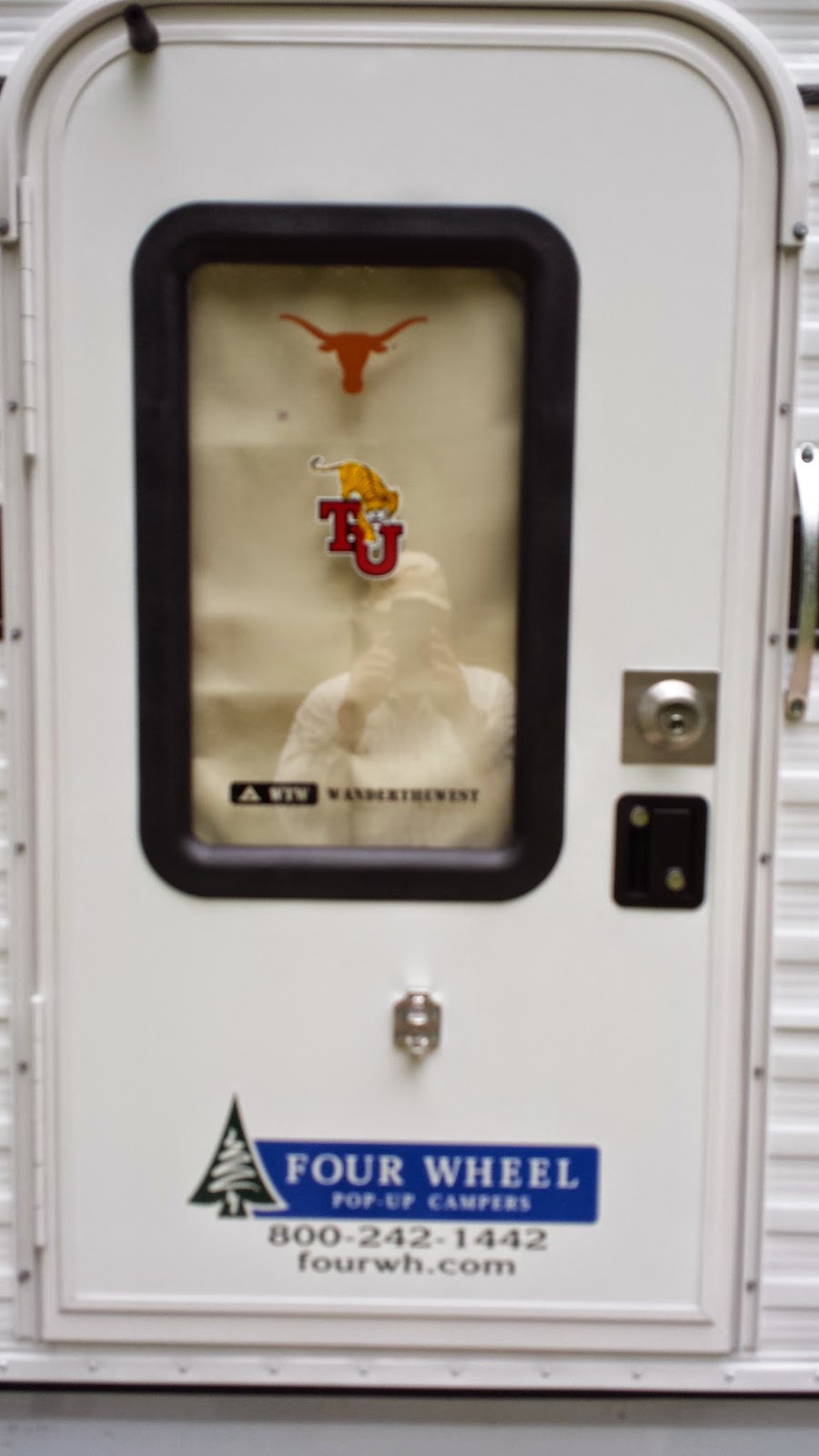 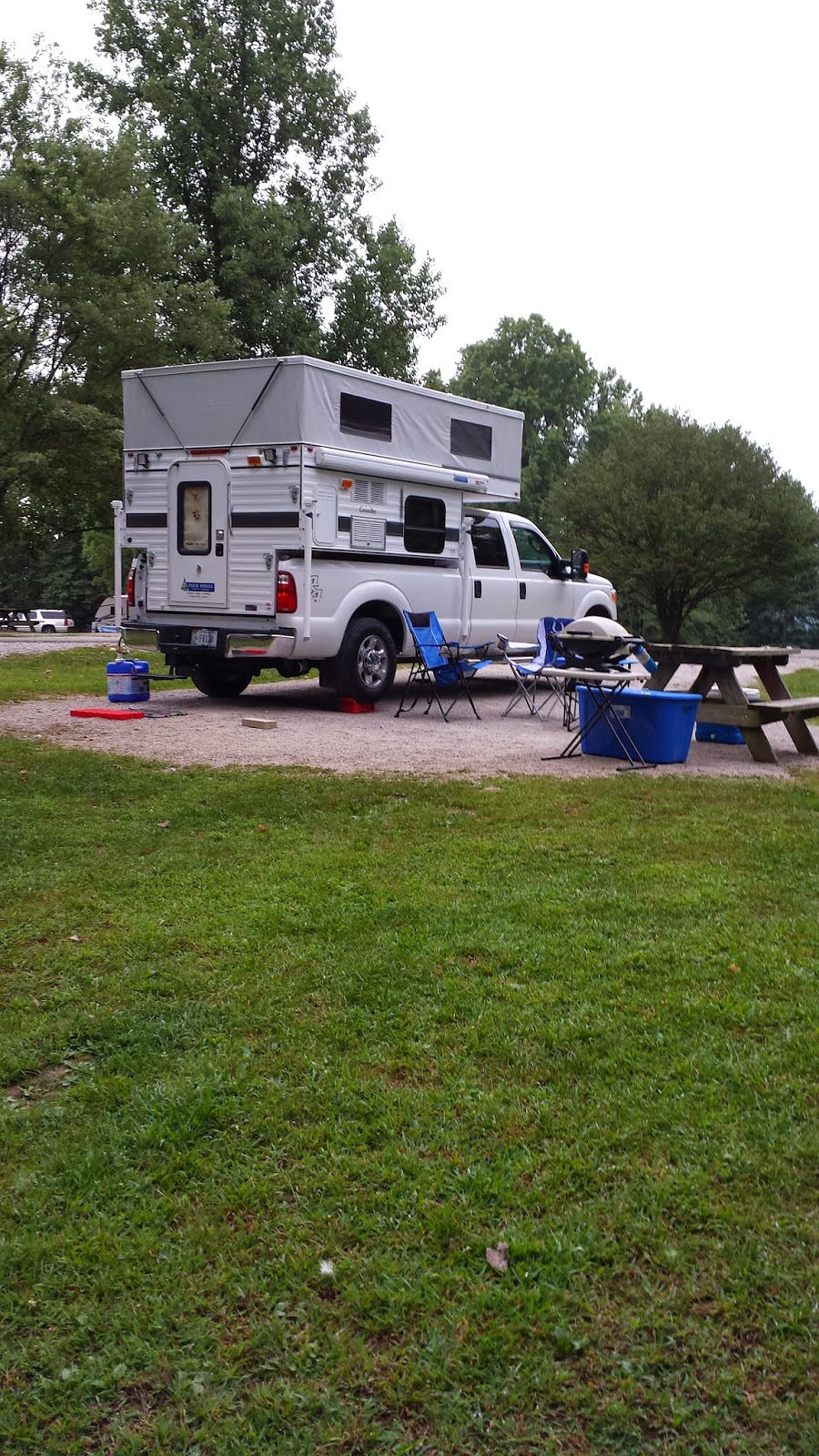 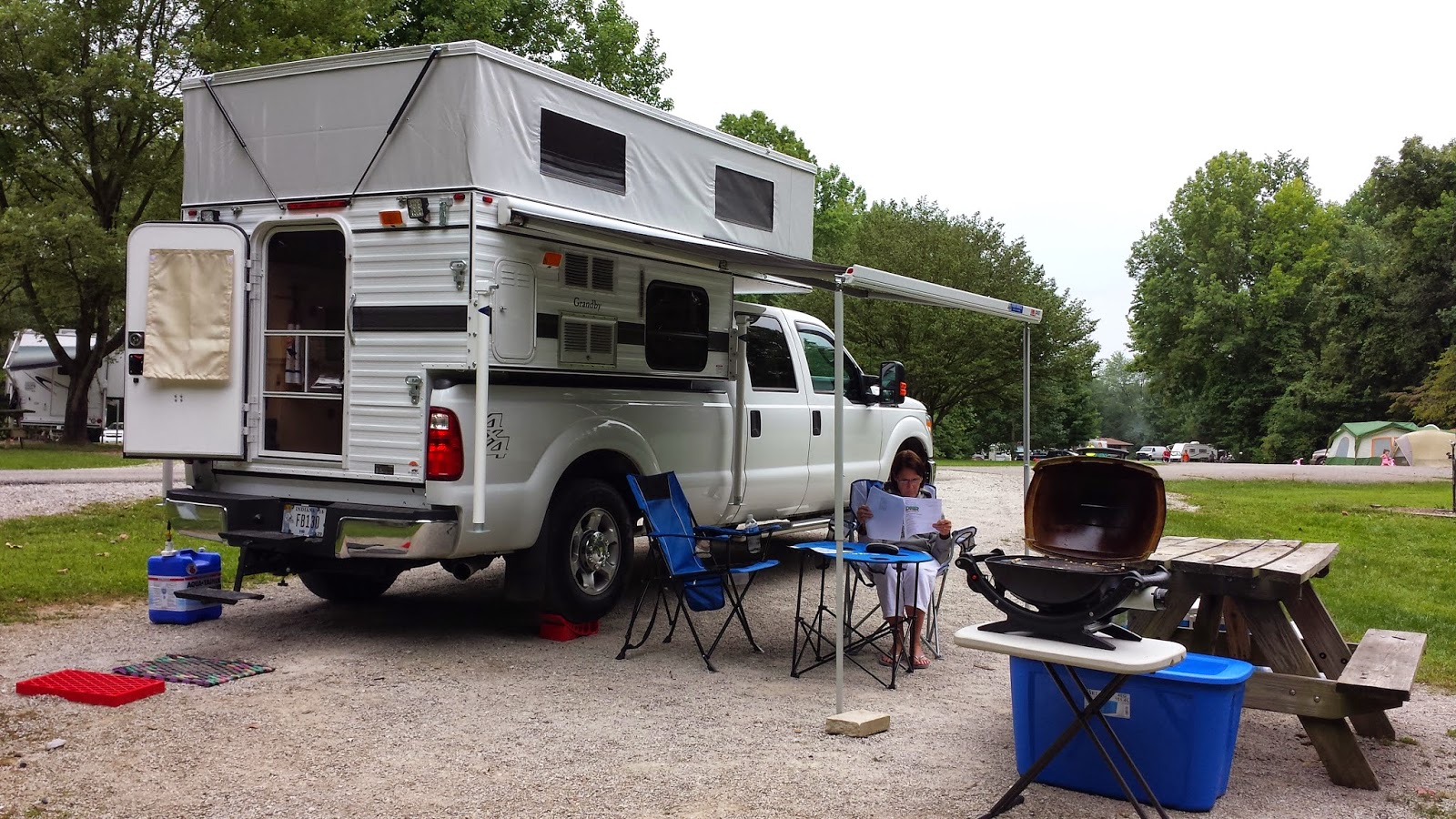 Late Saturday night the rains came and they were heavy at times, no lightening or thunder, but enough to close-up the windows and fan.  We awakened to heavy rain, so grilling breakfast was out of the question.  We decided to pack-up and head to the closest Cracker Barrel for a big breakfast.

The trip was a little short,but a great way to break things in.  We are planning one more short trip to McCormicks Creek State Park in early September before our trip to Great Smokey Mountain National Park in early October.

Sorry, not much of a trip report, but for the first trip we had a lot of fun.