We planned a trip to Turkey Run State Park months ago.  Last year we couldn’t get a site.  It took us about 1-1/2 hours to reach the park.  The campground has a separate entrance from the State Park entrance, so we decided to drop off stuff at our site and set up the screened shelter and then headed for the Lodge and do a little scouting.  We drove the two side roads on either side of the park looking for a place to fish on Sugar Creek.  The creek was high due to recent heavy rains, and the locations were canoe drop-off sites with a 30 minute time for your vehicle.  No good fishing sites at either location, but two covered bridges.  Indiana is known for their covered bridges, and Pike County has a covered bridge festival every year. 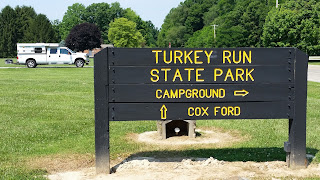 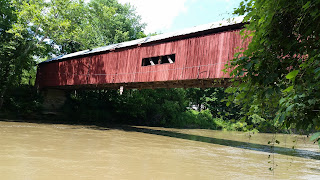 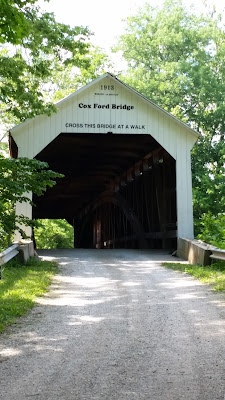 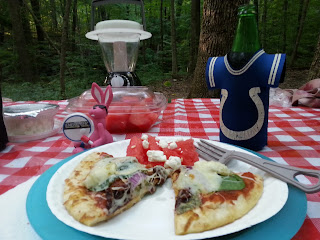 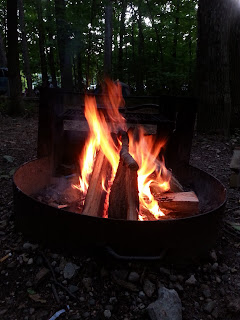 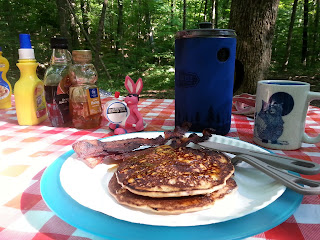 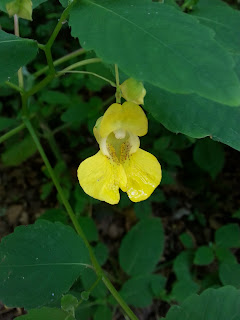 This is the 100th anniversary of Indiana State Parks.  Turkey Run is the 2nd state park in the state and may very well be the best for hiking. Classic examples of natural and human history abound at Turkey Run SP, from its deep canyons nestled in the shadows of sandstone and peaceful hemlock groves to the Salmon Lusk Home and mill site. 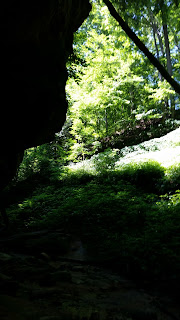 The exposed bedrock is Mansfield Sandstone, named after the town.  The deposit was formed during the Carboniferous Period, when the buildup of sand at the mouth of the ancient Michigan River was slowly compacted and cemented into solid rock.  The swampy environment of this period produced vast coal deposits.  Coal was mined here in the late 1800’s and early 1900’s.  Seams of coal are still visible along many of the trails. 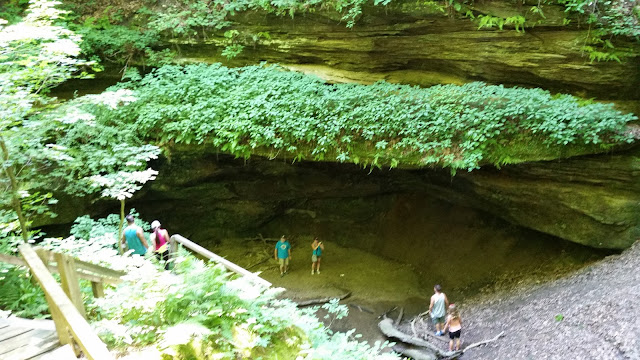 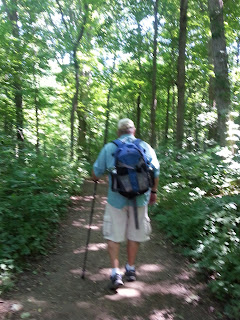 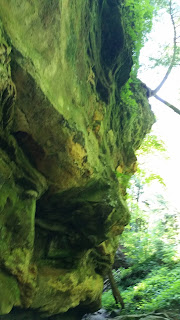 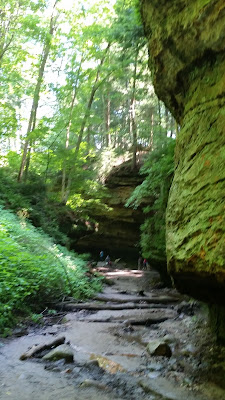 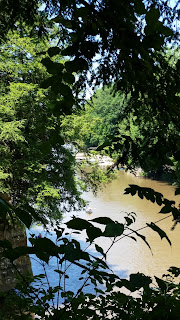 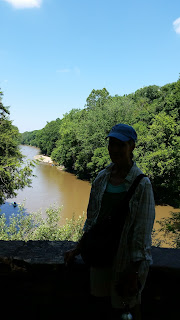 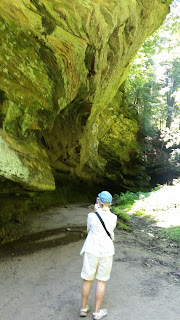 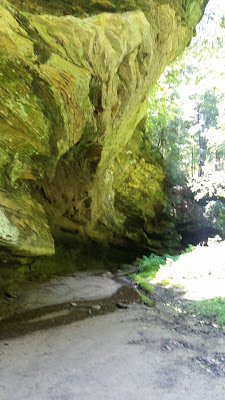 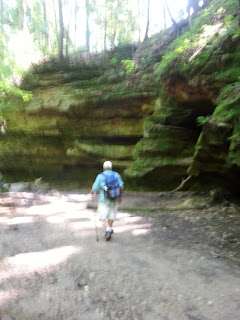 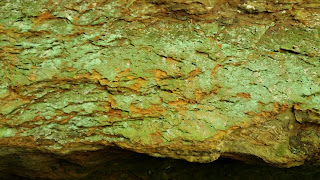 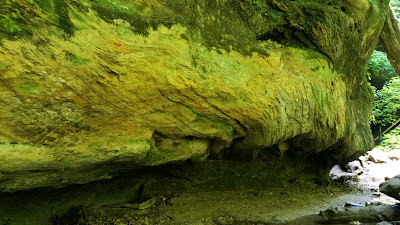 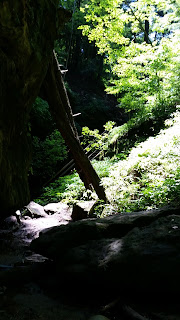 Temperatures were in the high 80’s and creeped above 90 late in the afternoon.  I took the air conditioner which we ended up using Saturday and Saturday night.  It was nice for the dog while we went hiking.  On Saturday morning we hiked portions of four trails, leading through one canyon to a viewing point above Sugar Creek, past the Lieber Cabin to the Lodge, past the log church to the Col. Lieber Memorial, and back through the canyon to the campground.  The entire round trip hike was approximately 3 miles. 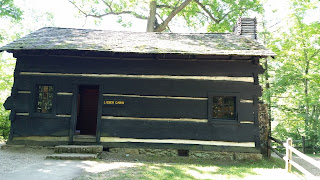 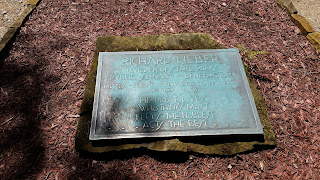 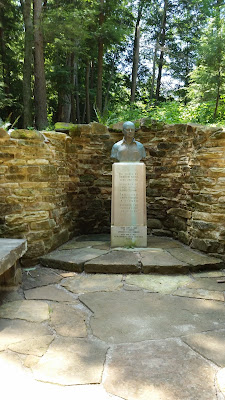 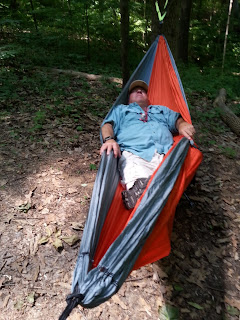 Great way to relax after a day of hiking

Standing in the canyon, there was a refreshing cool breeze that stopped us in our tracks.  It would have been nice to stay there a bit longer, but we needed to get back to camp to check on our lab.

On Friday night we cooked homemade pizza on the grill and Saturday night bison burgers stuffed with blue cheese.  We had a nice fire each night and enjoyed listening to the many birds.  Our site was in the trees and it was next to a ravine, which provided a nice view.  During a walk to the shower, it was like bedlam with families camped almost on top of each other.  There were kids on bikes and scooters and very noisy.  Glad we were pretty much isolated from that.  That is part of Indiana State Parks, so one just has to deal with it.

We plan on returning to Turkey Run many times until we have hiked each trail, or at least attempted to hike each trail.
Posted by JD & SuB Travels In A Pop-Up Camper at 9:11 AM No comments: