We left Carmel, Indiana around 12:30 p.m. and drove Northeast up I-69 toward Fort Wayne, IN, and then took US 24 toward Toledo where we picked up I-75 to Detroit.  We crossed into Canada at Windsor, crossing the Detroit River on the Ambassador Bridge. 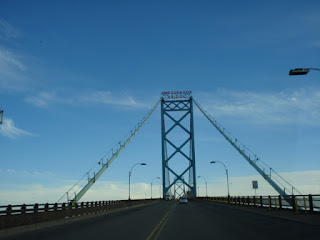 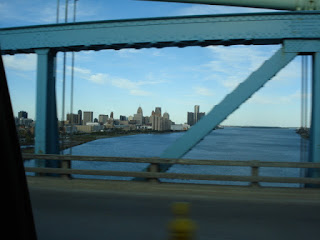 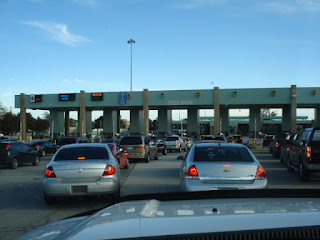 Canadian Border - We got the "Royal" treatment, having to stop to have the camper and truck checked, and then we were sent to customs / immigration to have a background check done.  This amounted to a 40 minute delay before we were on the road.  I think we got in the wrong line, and the guy was having a bad day and decided to make life hard on us.  We headed East on the 401 to London, Ontario where we spent our first night at the Campers Corner Campground.  We arrived after the office closed and were directed to pick a spot.  Funny the next morning the owners was sitting in their car to see if we were going to leave without paying.  I drove to the office and they showed up a few minutes later.

October 2, 2015
On the road by 8:00 a.m. continuing East past Toronto (beautiful skyline) to Cromwell, Ontario, where we crossed into New York on the Downtown/ Bridge to USA and then the Seaway International Bridge over the Saint Lawrence Seaway.  We arrived at Ausable Pointe State Park, south of Plattsburgh, NY after 7:00 p.m.  Ausable Pointe State Park sits on the west shore of Lake Champlain.  The Green Mountains were visable across the lake. 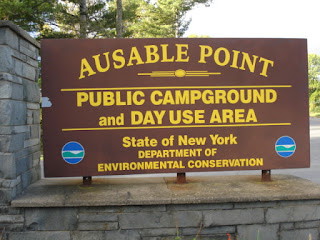 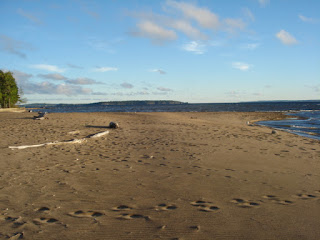 We got up early and headed to Plattsburgh to catch the short 14 minute ferry ride across to the islands in Vermont. 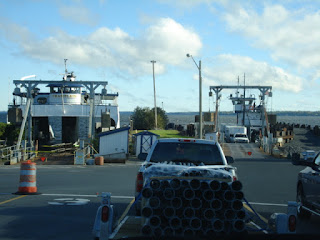 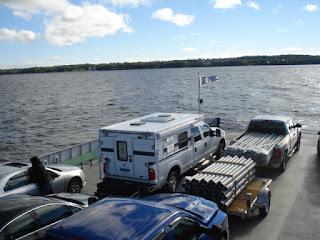 We arrived on Grand Isle Vermont around 10:00 a.m. and headed to Grand Isle State Park. 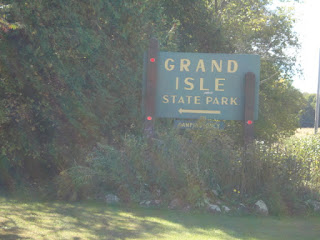 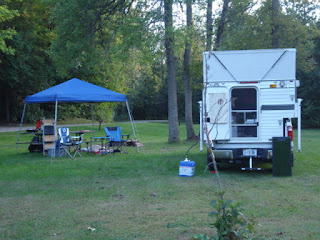 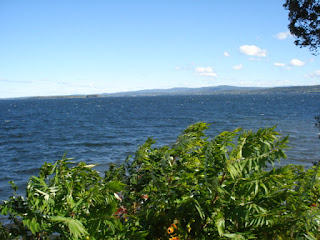 Looking east across Lake Champlain toward the Green Mountains 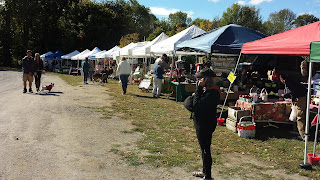 Today was Susan's birthday and we found a Farmer's Market on North Hero, the next island to the North.  She picked out a pair of homemade mittens, a necklace, and fresh maple syrup from a local farm.  From there we went to Hero's Welcome a Deli / Grocery Store and had fresh made deli sandwiches which were awesome. 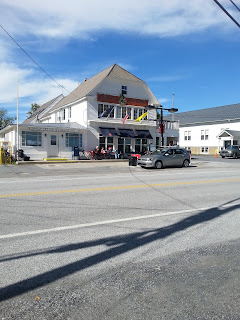 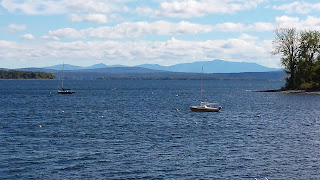 Looking out over Lake Champlain to the Green Mountains 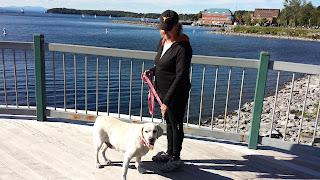 During the afternoon we drove into Burlington, VT and took Sarah for walk along the boardwalk.  We found a dog friendly bar dockside and had a couple of local beers and enjoyed the sun and view of Lake Champlain.  As we drove into Burlington we passed the beautiful campus of Vermont University.  It was parents and alumni weekend and there was a large crowd.

What would a trip be to Vermont without a stop in Waterbury, VT at Ben & Jerry's Ice Cream Factory.  We took the tour and got as free sample of their Carmel chunk icecream. 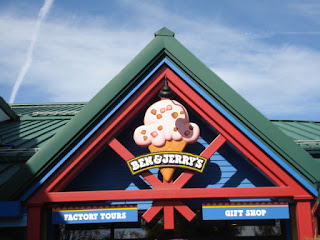 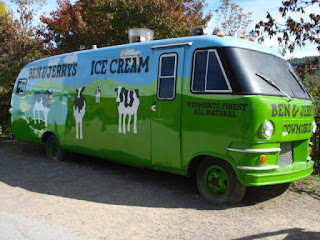 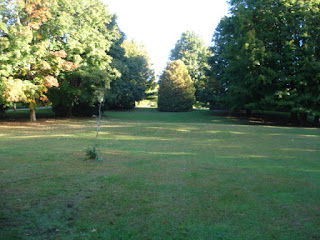 We had this huge open meadow with no other campers.  Grand Isle State Park was beautiful.  It's location was right on the shore of Lake Champlain 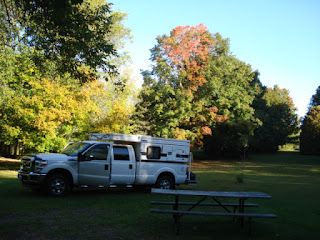 It was time to move on to our second Vermont Campground, Smuggler's Notch, in the Green Mountains just outside Stowe, VT