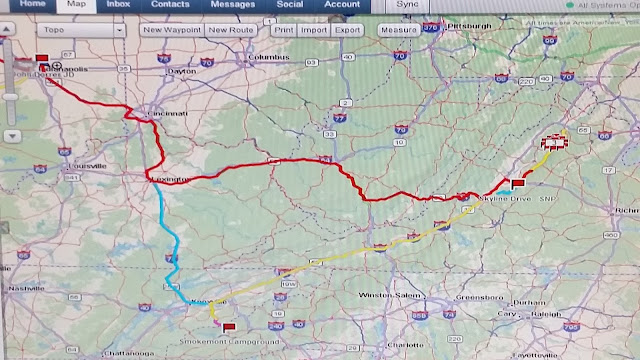 June 1, 2017
We departed Carmel, Indiana around 12:30 p.m. on Thursday, June 1, 2017 headed for Shenandoah National Park in Virginia.  We headed Southeast around Cincinnati and then South around Lexington before heading East.  We stopped for the night at Clear Creek Campground in the Daniel Boone National Forest.  $7.50 for the night with the “Geezer Card” 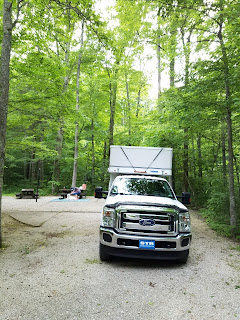 June 2, 2017
The next morning, June 2nd, we were up by 6a.m. and on the road by 7a.m.  We passed through Huntington WV, Charleston WV, and Beckley WV along I-64.  We exited at Waynesboro WV and started the climb along Skyline Drive to Loft Mountain Campground, arriving around 1:45p.m. selecting our campsite and setting up camp.  We then headed out for a drive, stopping at numerous overlooks for pictures and the great views.  Along the way we spotted a Buck and doe. 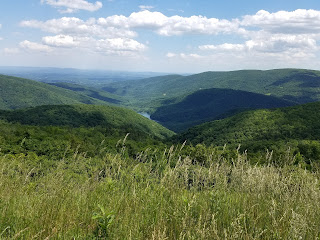 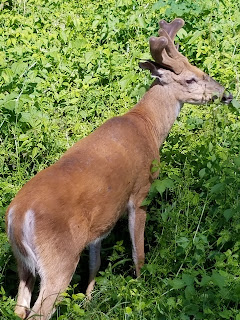 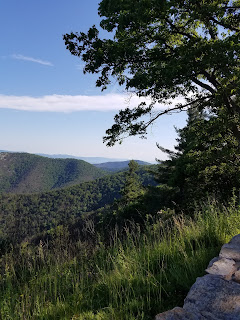 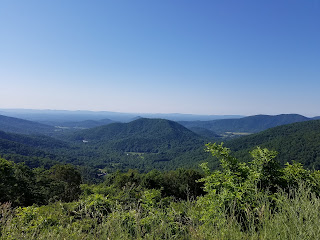 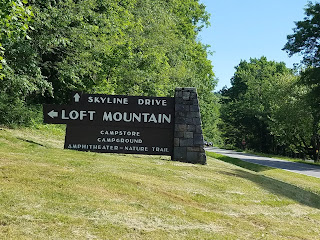 June 3, 2017
On Saturday we were awakened by a woodpecker, the natural alarm clock.  After breakfast we headed out on Skyline Drive, stopping along the way for more pictures and the views.  We drove up to Big Meadows Campground, saw the lodge and visited the Byrd Visitor Center.  We stopped at the ranger station so Susan could purchase her geezer pass.  September 1, 2017 they will cost $80.  We arrived back at camp late morning and after lunch hiked the Appalachian Trail for approximately 2 miles.  We met several hikers that were on their way to Maine.  We also met 3 women that were hiking 70 miles on the trail, and they were having the time of their life.  We wished them all safe hiking.  We forgot to put a small cooler in the camper when we left on the hike and the rangers picked it up, leaving a note where we could claim it.  They mean business. 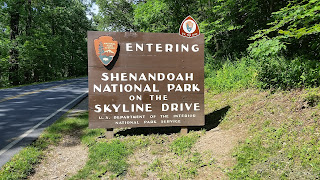 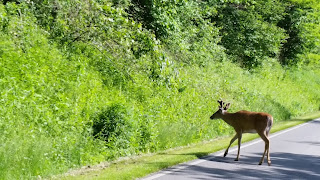 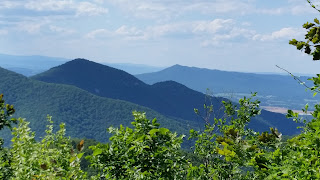 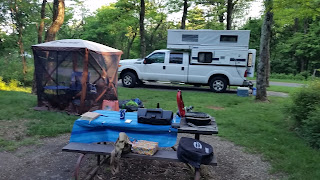 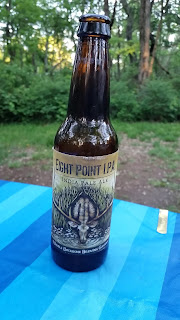 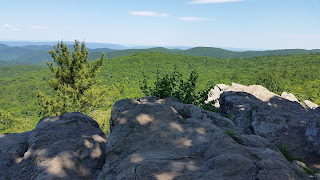 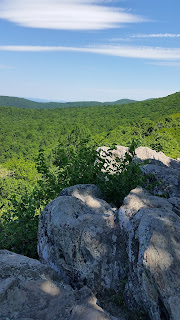 On Saturday night we went to the ranger presentation at the amphitheater.  The program was on the “Wilderness” people that contributed to our Wilderness areas, John Muir and Bob Marshall were a big part of the program.  The sunset over the Blue Ridge Mountains was spectacular. 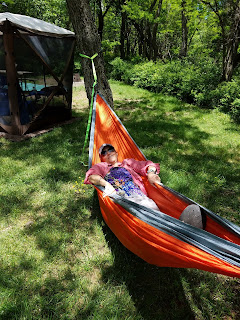 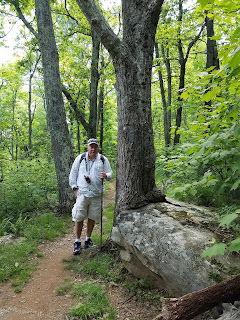 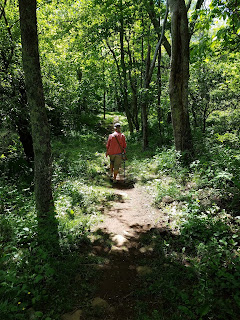 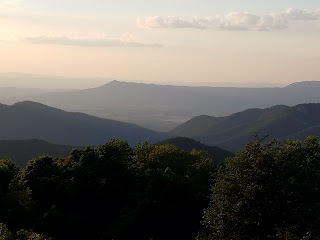 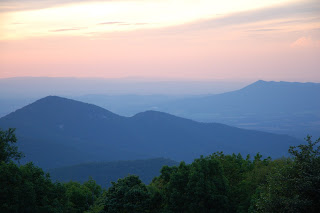 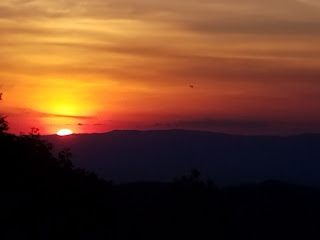 June 4, 2017
On Sunday, we decided to take a drive South on The Blue Ridge Parkway.  We drove 100 miles, stopping at numerous overlooks for pictures and the amazing views.  Our destination was Mile Post 176 and the Mabry Mill.  We soon realized that we couldn’t make it and get back to our campsite before dark.  We exited at Roanoke, VA, gassed up and re-supplied before heading back on I-81. The azaleas were in full bloom along most of the parkway.  The Blue Ridge Parkway connects Shenandoah National Park with Great Smoky Mountain Nation Park, a distance of approximately 469 miles with a speed limit of 35-45 mph. 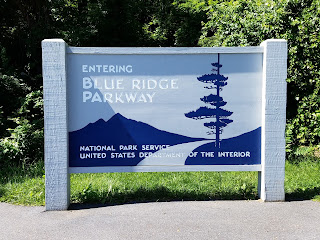 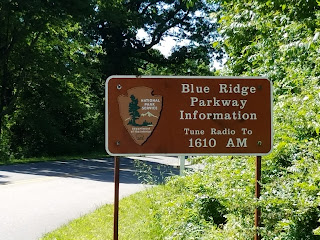 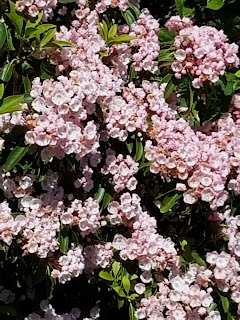 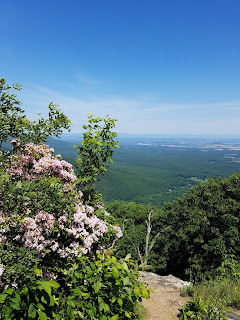 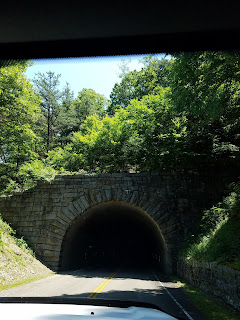 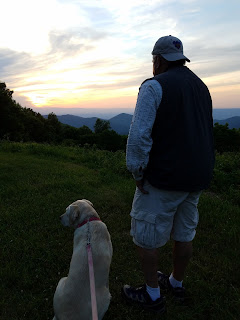