June 5, 2017
It was raining on Monday so we changed our plans and headed to Appomattox Court House National Historic Park.  Our drive from Shenandoah took us through lush forests and winding 2 lane roads.  There were several logging sites with large trucks coming and going as we passed.  Several of the sites had been stripped completely bare of trees.  Our first stop was at General Robert E. Lee’s headquarters, now marked by a sign.  We took a short hike up to the ridge and location of the small cabin, long since gone.
Site of General Lee's headquarters 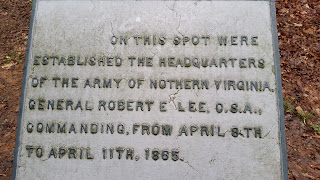 McLean House were the surrender was signed 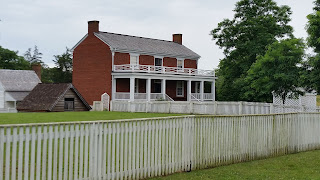 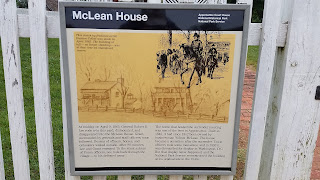 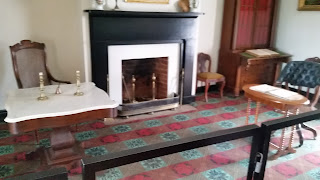 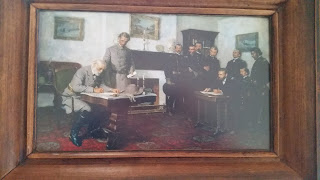 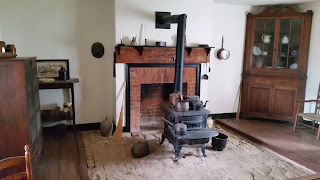 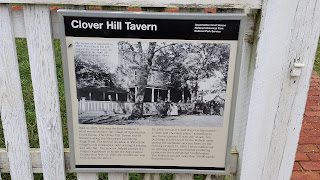 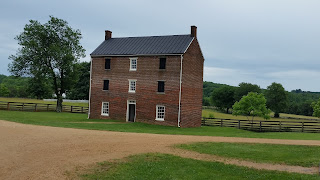 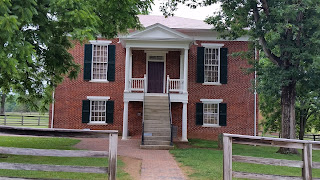 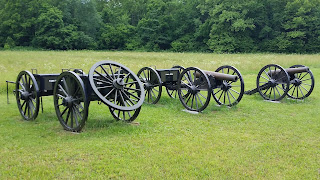 In a field not far from the courthouse, the artillary was surrendered to the Union forces,
April 11, 1865 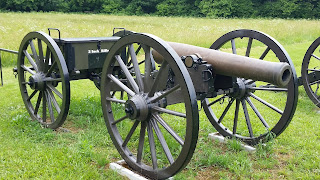 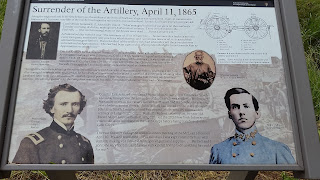 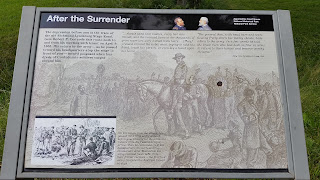 We then headed to Appomattox Court House National Historic Park to tour the site of the April 9, 1865 surrender of the Army of Northern Virginia by General Lee.  Before the surrender, on the morning of April 9, 1865, Union General George Custer’s cavalry division fought with Confederate forces under Colonel Talcott and General Gary.  About mid-morning, the first Confederate flag of truce was carried south to the Union lines.  Confederate Captain Robert Sims of General Longstreet’s staff was seeking a cessation of fighting until General Lee and General Grant could meet to discuss surrender terms.  The surrender took place at the McLean’s home, not the court house.   Even though the surrender took place on April 9, 1865,  fighting continued in North Carolina until April 26th, Alabama until May 4th, and finally Texas on June 2nd.  It took almost 2 months for the word of the surrender to reach all Confederate forces.

We headed back to Shenandoah, arriving close to 7:30p.m.  Susan made quesadillas in the camper.  Lights out early.

June 6, 2017
On Tuesday the great weather returned.  We decided to take another hike on the Appalachian Trail, and then take the trail to Doyle River Falls. We hiked close to 3 miles and made it to the upper falls.  The hike to the falls was all downhill and when we arrived at the upper falls the trail was to steep to get down to the base.  We headed back and my left knee started causing problems.  I knew we were in trouble with an uphill climb.  While we stopped for a rest a couple stopped and said they had 400 yards to their car.  They were camped at Loft Campground and drove to the Doyle River Trail parking, cheating as they called it.  They offered us a ride back and that 400 yard climb was pure hell.  When they dropped us off at our site, a round of beers was provided, and we had a nice chat.  They were traveling for the next couple of months.  They both work for the Gillette Stadium and are part of the New England Patriots organization. 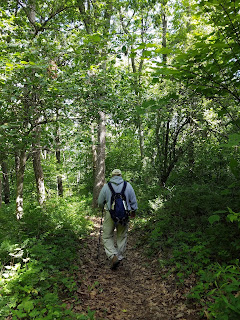 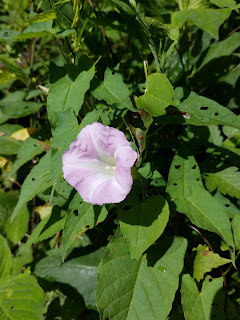 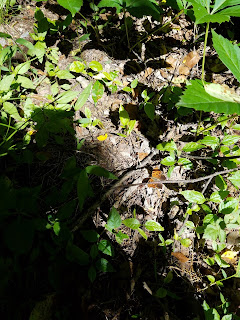 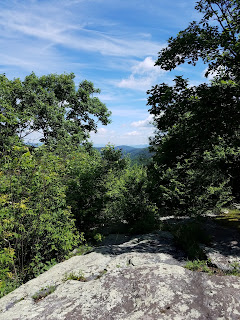 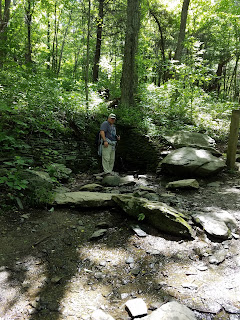 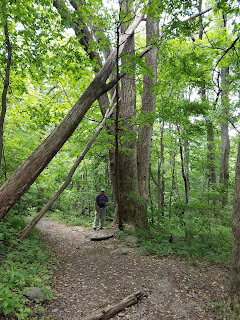 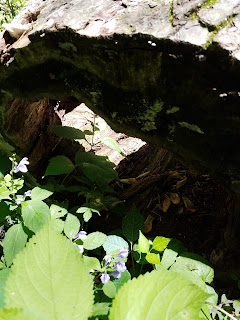 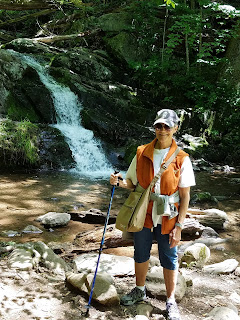 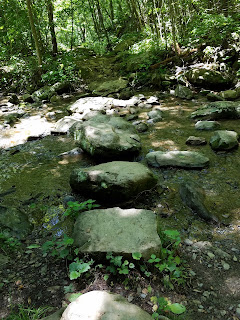 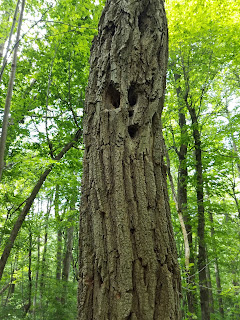 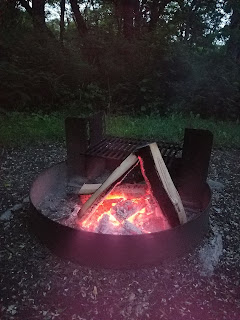 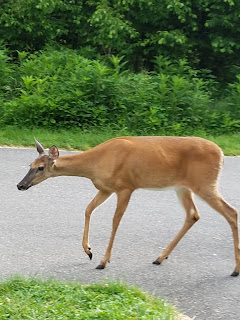