On Friday April 14, 2017 we left home for Southern Indiana, destination Charlestown State Park, in Charlestown, Indiana along the Ohio River.  We were supposed to go to our son’s for Easter Sunday, but due to the weather forecast our son’s family came to our campsite on Saturday for a cookout and Easter for our grandkids. 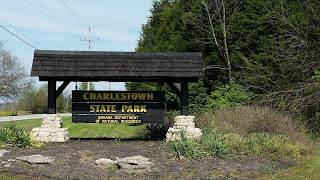 Friday night dinner consisted of gourmet pizza cooked on the grill followed by a nice fire.  The weather was great for the weekend, mid-80's for the day and mid-60's at night. 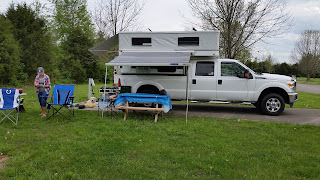 In 1941 the land along the Ohio River between Jeffersonville and Charlestown, Indiana was home to the Indiana Army Ammunition Plant.  Indiana Ordnance Works Plant 1, 3,565 acres made smokeless powder.  Indiana Ordnance Works Plant 2 2,757 acres made rocket propellant.  Hoosier Ordnance Plant, 4,327 acres manufactured and loaded propellant charge bags.  The three plants were combined as the Indiana Arsenal under War Department Circular No. 329 on November 30, 1945. It was renamed the Indiana Army Ammunition Plant in August 1963 by Department of the Army General order No. 35.  Several different private companies took over running the facility and operations continued until April 1972.  After disposal of Plant 2, the plant had 10,655 acres, 1,700 buildings, 30 miles of fence, 84 miles of railroad tracks, and 190 miles of roads.  The ammunition manufacturing facility, placed into modified caretaker status in 1992.  Recreational facility development began in 1995.  The park opened in 1996, with picnicking, fishing, and hiking available.  The modern campground opened in 1999 and expanded in 2002.  In 2007 4,500 acres were transferred to the State of Indiana and is operated by the Indiana Department of Natural Resources as Charlestown State Park.  There is still a significant amount of explosive residue threat removal and building demolitions operations that should be completed by 2018, with the land being developed as manufacturing and warehousing. 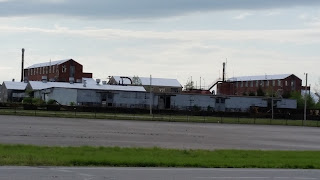 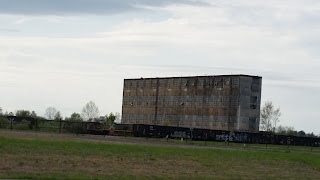 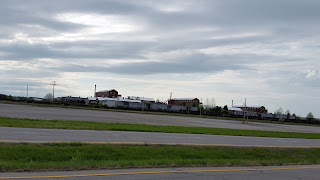 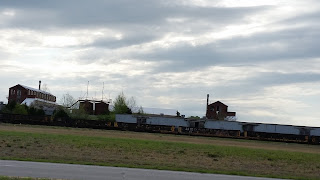 The Ohio Valley was glacier formed beginning 2.5 to 3 million years ago.  The earliest Ice Ages occurred at this time and dammed portions of north flowing rivers.  The Teays River was the largest of these rivers, and the modern Ohio River flows within segments of the ancient Teays.  The ancient rivers were rearranged or consumed by glaciers and lakes. 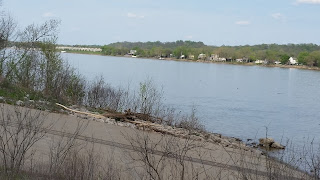 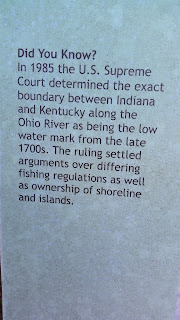 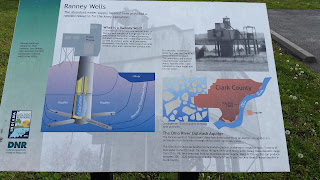 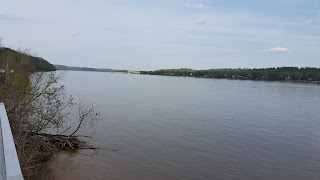 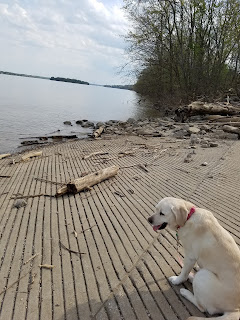 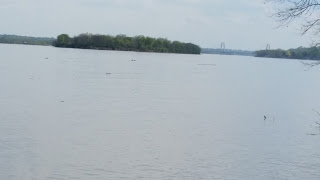 Saturday morning we were up and I grilled bacon and blueberry pancakes , while Susan made coffee in the coffee press.  Following breakfast we took 1.5 mile hikes which lead us down into ravines  and along the Fourteenmile Creek, which flows into the Ohio River. 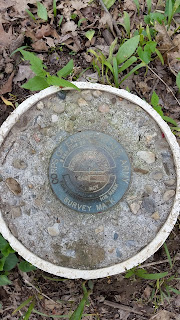 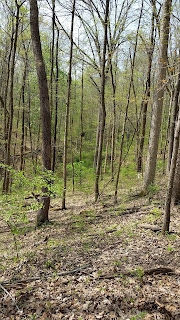 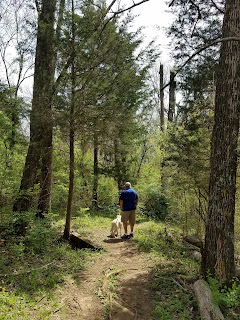 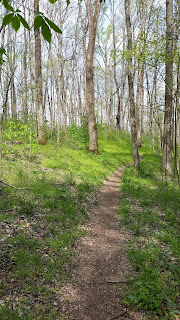 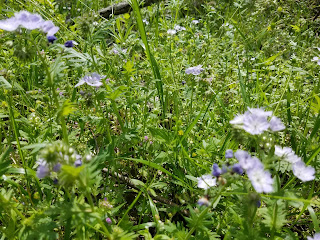 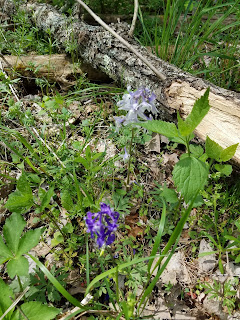 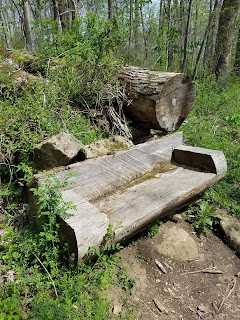 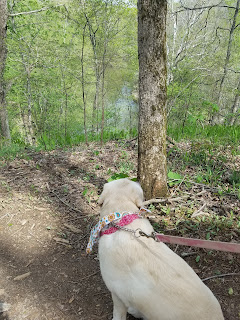 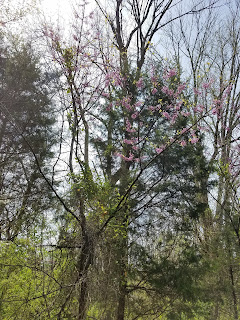 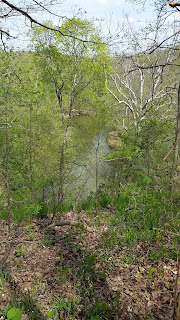 Exausted after a long hike.  A piece of firewood came in handy as a place to rest her head. 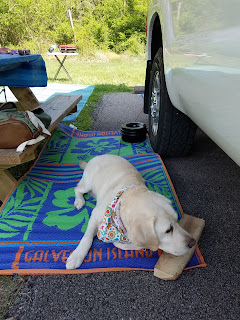 Late Saturday afternoon our son, daughter-in-law and two granddaughters came for a visit and cookout. 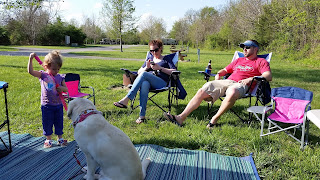 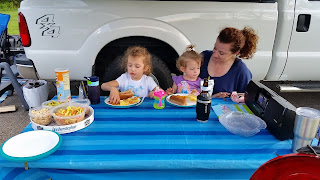 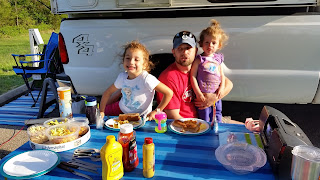 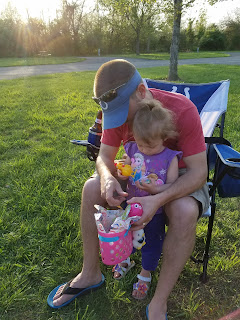 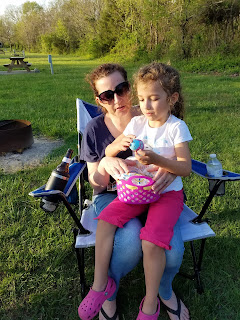 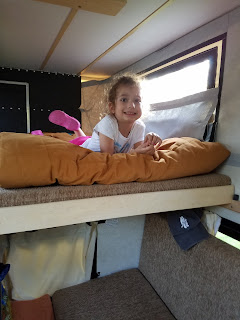 We grilled hotdogs, filets, and Italian sausages, and had ice cream sandwiches for desert.  They left around 8:30 p.m. and with rain forecast over night packed everything up, so all we had to do is remove the rear awning and drop the top and head for home.

It was a nice trip.  Indiana State Parks charge some of the highest fees of any parks that we are aware of.  We paid $38.60 per night.  I think this will make us rethink our weekend trips in Indiana, unless we can find some boondocking sites or lower fees.
Posted by JD & SuB Travels In A Pop-Up Camper at 8:19 AM