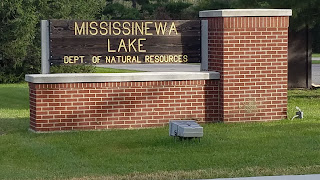 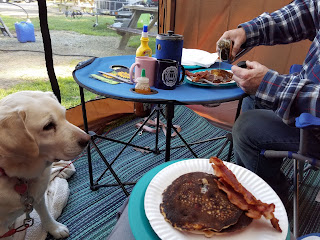 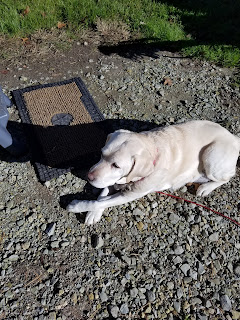 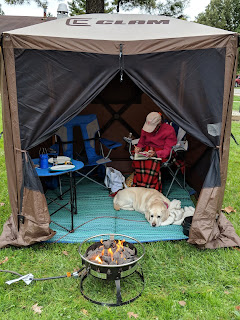 Mississinewa Lake was designed and built by the Louisville District of the U. S. Army Corps of Engineers.  As part of the 9,00 acres of land managed for wildlife are two heavily used State Recreation Areas, Miami SRA and Frances Slocum SRA.  The campground is located in the Miami SRA. 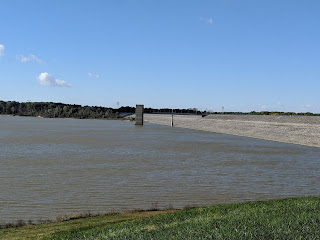 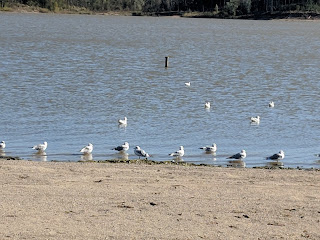 Through the ages, the rushing waters of what is now known as the “Mississinewa” (Miami name Mischis-in-wah…water on a slope) washed away the soft limestone of the riverbank, creating a number of pillar-like formations known as “Cliffs of the Seven Pillars.” 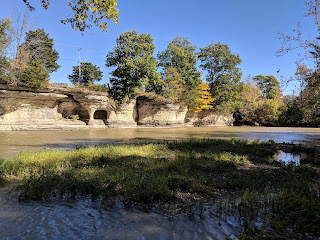 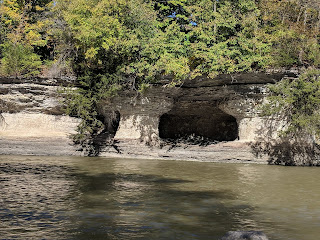 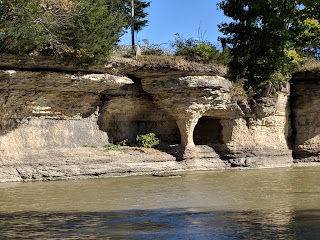 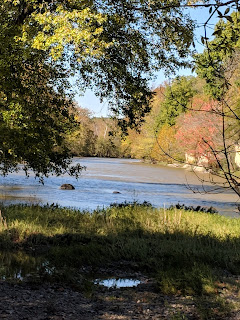 On November 2, 1778 Frances Slocum, at the age of 5, was taken from her Quaker home at Wilkes-Barre, PA, by the Delaware, who named her “We-let-a-wah.”  She grew up to be so strong that her name was later changed to “Ma-con-a-quah” – Little Bear Woman.  She married Shepoconnah, War Chief of the Miami Tribe, and when he later became deaf and resigned as chief, they established a trading post called “Deaf Man’s Village” about nine miles from Peru on the Mississinewa River.
Deaf Man died in 1833 and Frances built a two room cabin across the road, near the burial place of her husband and two small sons.  Her identification was not learned until September of 1837 when her brother , Issac Slocum, identified her by a scar on her left hand.  As a result she was no longer  eligible as an Indian, for the pension made possible by the Treaty of 1826 since she was a “white woman.”  In 1838 her two daughters were given 640 acres of land including their mother’s original homesite. Francis Slocum and her family were permitted to stay in Indiana because John Quincy Adams eloquently defended her case in Congress.  She died on March 9, 1847 and was buried next to her husband and two small sons in the cemetery next to her cabin.  In May 1900 that area was named the Frances Slocum Cemetery. 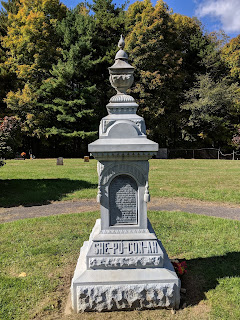 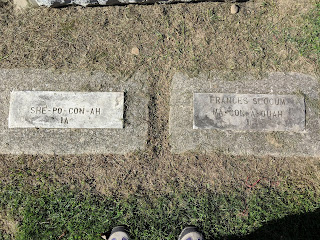 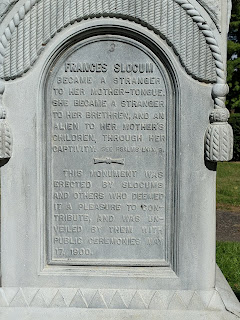 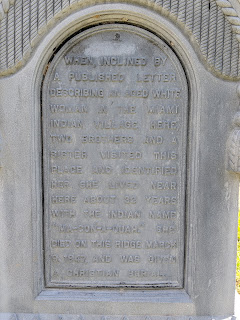 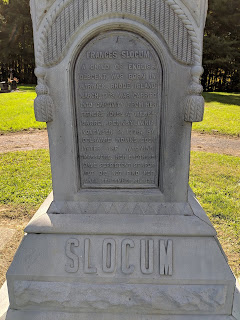 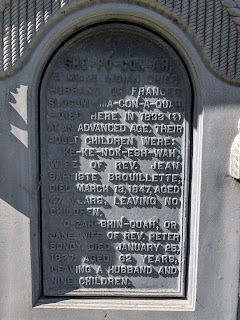 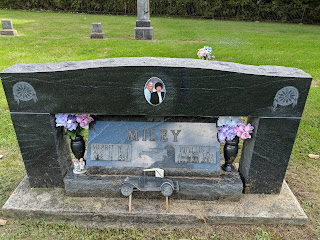 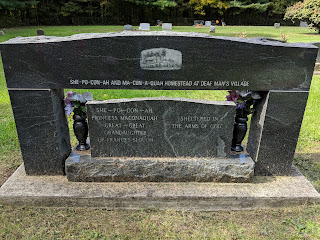 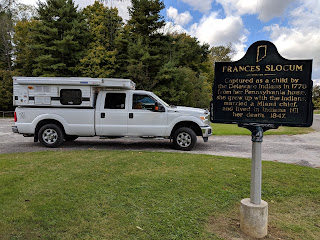 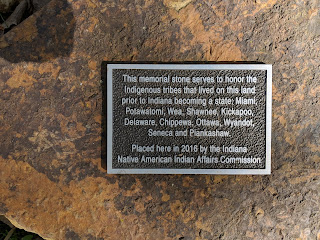 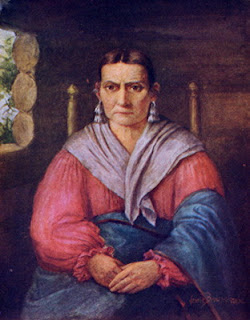 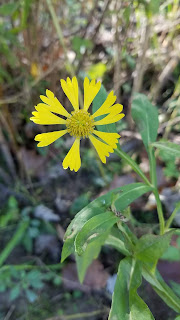 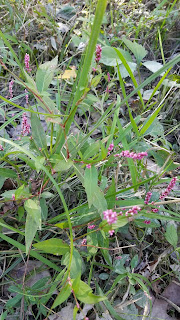